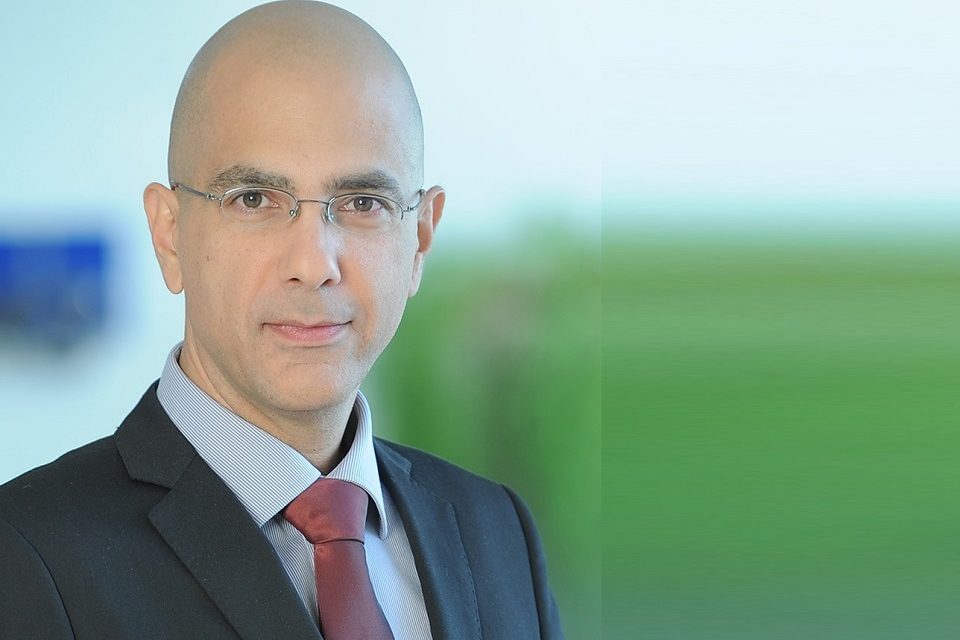 The industrial/logistics asset class is presently the most attractive for a majority of banks in Central & Eastern Europe (CEE) following the breakout of the COVID-19 pandemic, according to results from the latest edition of KPMG’s Property Lending Barometer (PLB), an annual study by the global audit and advisory firm that attempts to measure banks’ lending sentiments in Europe’s property markets. That preference lies in contrast to where most bank finance in Europe has typically landed prior to COVID: the office segment.

Meanwhile, the least preferred asset class on average indicated by survey respondents was hotels & resorts – traditionally least preferred and perhaps no surprise given the lockdowns and border closures that have squeezed the life out of European tourism.

In this year’s survey, KPMG included over 60 participating lending institutions in 11 European countries which provided their responses to questions about their level of impaired loans, real estate’s importance as part of a bank’s strategy and their loan size averages and preferences, among others. In addition to providing detailed information on lending sentiment and the European property markets as a whole, the 2020 edition of PLB also includes individual real estate market snapshots that entail insights for each of the countries included.

KPMG surveyed participants in the 11th edition of the Barometer via face-to-face and online means in May/June of this year. Most banks were local and respondents comprised the heads of real estate/project financing or risk management at their lending institution. While most of the markets surveyed are countries in CEE, the survey also covers Finland, the Netherlands and Cyprus, which have been presented separately in the study due to their different market characteristics.

Economic fallout from COVID and what it means for property markets

In 2020, KPMG’s survey was conducted in unprecedented times for the global economy; for sure, the COVID-19 crisis is likely to exert great influence over lending institutions’ perspective on their property lending portfolios and affect their eagerness to fund real estate projects going forward, as the Property Lending Barometer results show.

One finding in the survey was unanimous: PLB survey participants agreed that the macroeconomic conditions in their markets would affect both what happens in the property markets in terms of projects initiated as well as how the lending market will determine its actions and what sorts of property developments are likely/unlikely to receive funding.

Sustained investment growth in CEE, but for how long?

Despite COVID-19’s effects, property development in CEE has shown continued growth, since the region successfully moved on from the effects of the 2008 global recession. Total investment in the six major CEE countries – the Czech Republic, Poland, Hungary, Romania, Slovakia and Bulgaria – continued its long-term growth trend in the first 6 months of 2020 (which can be attributed to specific projects initiated in 2019), reaching EUR 6.6 billion, a 12% increase on H1 2019. Deals in the Czech Republic and Poland made up the lion’s share: almost half of transaction volumes. Bulgaria’s growth exceeded 100%.

The Head of KPMG’s Real Estate practice in CEE, Andrea Sartori, who initiated the Barometer, explains that due to the economic fallout from the COVID-19 pandemic, in Q2 2020, overall in Europe quarterly transaction activity dropped to a level not seen since 2014. He adds that together, Germany and the UK continued to attract close to half of the total European transaction volume in the first 6 months of the year.

Despite that, there are rays of light in the KPMG survey for those hoping to invest in property markets going forward, according to Sartori, who explains: “Bank representatives who participated in our survey are telling us that they are still open to offering real estate financing for income-generating projects, but are not as eager to give loans to new developments.”

Two exceptions to that latter aspect, he says, are the Czech Republic and Romania, whose banks signaled a mild openness towards new property projects.

Meanwhile, KPMG’s Andrea Sartori observes that despite the difficulties caused by COVID, investors are not closing the doors on project development, according to what he’s heard from market stakeholders in Europe. “Developers have not turned off the project pipeline completely,” he reports. “Banks are just being that much more selective about what kinds of projects they are willing to provide loans to.”

So exactly what are the most attractive property segments for banks to pledge their funds in Central & Eastern Europe?

While compared to previous years, the industrial/logistics asset class gained much popularity among those surveyed by KPMG, and became the most popular, on average, in the CEE economies, “office” remained the most preferred asset class, followed by residential in the more developed markets covered in the KPMG study.

It also revealed some interesting and mixed sentiment about office space developments, given that many companies across the continent have instituted remote, “home office” policies for all of their stuff during the pandemic. In fact, 39% of respondents indicated they think social distancing rules and remote work policies “will not change (or might even increase) the demand for office space”, while 31% do expect a decrease in demand for office space, and 30% were unsure.

KPMG’s Andrea Sartori comments: “Still, the future of the office sector is a big question mark. Some offices are indeed empty and supporting functions and facilities are limited, while others are operating as normal: i.e. those that want their employees at their desks.’

Meanwhile, some companies may be negotiating for lower rents, or trimming the fat when it comes to the amount of square metres they will be occupying going forward. But, overall, it’s too early to tell what the trajectory is when it comes to how the office segment will look headed into the future,” he explains.

As for retail, Sartori says there are two sides to the coin.

“Indoor malls have been hit hard by the COVID-19 pandemic, but strip malls, whose shops are not part of a bigger complex and that are typically not in the centre of town, are seeing increased traffic, because people can walk around outside and then only put on their masks when they enter a shop.

“However, whilst I am confident that COVID-19 has had a permanent favourable impact, even on the most skeptical consumers regarding on-line shopping habits, I also believe that when the epidemiological emergency will be resolved, indoor malls will get back to playing the social function they have traditionally played for many years.”

A time of uncertainty for developers and their finance prospects

He adds, “With many years of solid increases seen in the aggregate value of property deals done in Europe, it sure appeared as if things were ‘full steam ahead’. But, as we contend with the economic fallout in the wake of the COVID-19 health crisis, it is possible that we might experience the worst recession seen in decades, and this will no doubt have effects upon European property markets and determine how much funding they’ll receive from lenders going forward.

“As we’ve heard repeatedly, we are likely at the doorstep of significant socio-economic turmoil brought about by the side effects of the health crisis. For lending, that is a tough pill to swallow, because it is inextricably linked to macroeconomic conditions,” explains KPMG’s Andrea Sartori.

As for recent developments in real estate and property lending in 2020, the Head of KPMG in Romania’s Real-Estate practice, Ori Efraim, says “The Romanian real-estate market slowed down in the context of the COVID-19 pandemic, as investors showed prudence in their spending decisions. The effects have been felt across all sectors, particularly in tourism, leading to a significant increase in availability and flexibility in offers. However, as the pandemic situation settles, investors will regain trust, transactions will begin to increase and the market will show signs of recovery.”

KPMG is a global network of professional services firms providing Audit, Tax and Advisory services. We operate in 147 countries and territories and have 219,000 people working in member firms around the world. The independent member firms of the KPMG network are affiliated with KPMG International Limited, a private English company limited by guarantee. Each KPMG firm is a legally distinct and separate entity and describes itself as such

KPMG in Romania operates from six offices located in Bucharest, Cluj-Napoca, Constanta, Iasi, Timisoara and Chişinău. We currently employ more than 800 professionals, both Romanians and expatriates. 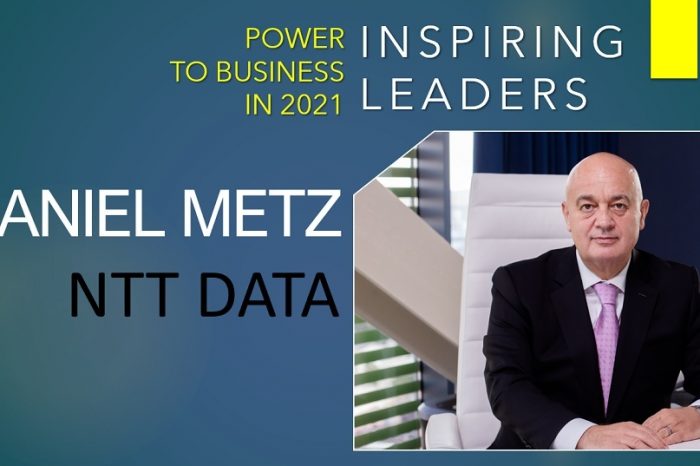 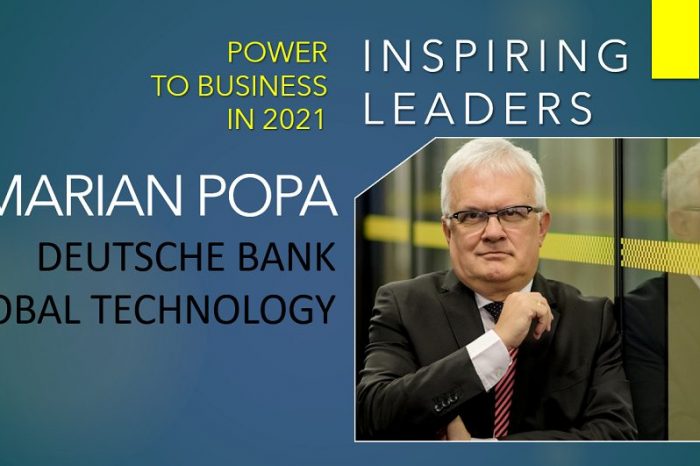 Marian Popa, DB Global Technology: 2021 will not be a consolidation but a creation year for a new, adapted way of working 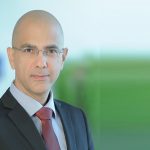